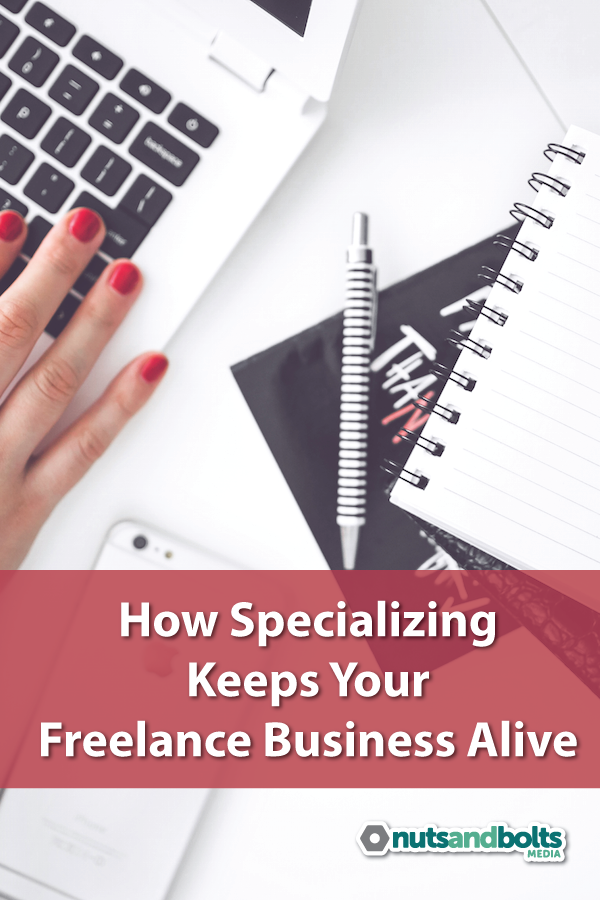 Three years ago yesterday, I walked out of the mental health clinic (where I used to earn a living as a therapist) for the last time. I had enough money in the bank to cover 6 months of expenses while I tried this whole “full time freelance” thing – if nothing else, I figured I’d take a short sabbatical before running out of money and returning to a Real Job™.

Instead, I’m still here in my home office, rocking pajama pants and a WordCamp t-shirt, spending my time doing what I love instead of dragging myself to a job I hate. In three short years, my business and the services I offer have shifted and transformed more times than I can count, but I have yet to run out of money or work. *knocks on wood*

I get a lot of emails from people who are self-employed (or want to be) asking how I’ve held it together this long. Some of them are in the same position I was in when I left my job – miserable, apathetic, and in desperate need of something different. Others have been in business for decades, but they are frustrated with their clients and struggling to pay the bills. Still others want to know if it’s really possible to start a creative business without ending up homeless.

With 8 in 10 small businesses doomed to fail in the first 18 months, is it any wonder we’re all looking for the secret sauce that will ensure our success?

You can’t be everything to everybody

As I mentioned, my business has changed a lot since it became my full time gig. I did web work on the side for many, many years before I quit my job, and my initial service offerings were a hodgepodge of things I’d done for clients in the past – design, development, basic SEO, social media, consulting, copywriting, web hosting, graphic work, site management, and even (briefly) domain flipping.

In my head, by offering ALL THE SERVICES, I was increasing my chances of landing clients. Surely when people see all the things I can do, they’ll hire me for at least a few of them! 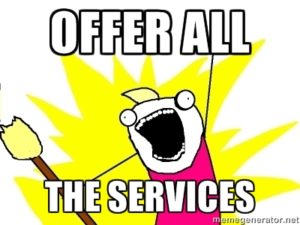 The problems here were numerous:

I didn’t enjoy most of the things I was doing. Sure, I enjoyed every penny I earned in the first year, since that meant I didn’t have to go back to a Real Job™. But in my desperation to make enough money, I took on a lot of projects I should have turned down, tolerated clients I should have fired, and put in way too many hours compared to how much I was being paid.

I wasn’t telling the world what I was capable of. If my toilet breaks, I’m not googling “people in western KY who can fix every single thing ever” – I’m looking for a plumber. So why did I think people were going to find me when I wasn’t even sure what kind of business I was running?

I had no idea who my ideal clients were. In the beginning, anyone willing to hand me a deposit was the perfect client. In case you’re wondering, this is a horrible way to work.

I had no focus. Constantly changing roles and tasks is exhausting and confusing. Multitasking is not my friend. I provided horrible value because I was constantly trying to remember what I was supposed to be working on instead of actually working.

The case for specialization

In 2013, I took a few baby steps toward choosing a niche for my services. By the end of the year, I had “narrowed down” my focus to web design and development, WordPress training, migrations, and various other tech support services. While I had cut out some of the bloat in my business, I was still trying to do way too many things. I was still accepting projects because I needed the money and not because I was interested in the work.

Early this year I had the opportunity to do a bit of consulting with Chris Lema, and I’ll be honest – I wasn’t quite ready for his advice at the time he gave it. In the end, though, it totally changed where Nuts and Bolts Media stands at the end of 2014. 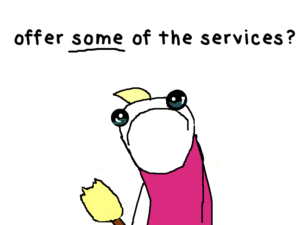 Chris told me I was doing too many things. He had me go through every project I did in 2013 and look at what projects I enjoyed vs. what brought in the most money. And you know what I found out? I did a lot of projects in 2013, but I really didn’t enjoy very many of them because the tasks themselves were unpleasant.

I now offer web development services only to web designers looking to outsource. I develop only on the Genesis framework. I also train designers who want to improve their coding skills. That’s basically it. No more struggling with design itself (which I’m not particularly good at), no more time wasted on basic WordPress training when so many other people do that better. I now spend 75% of my business hours in a code editor, where I belong, instead of forcing myself to fit into the box of what might make a little money.

The transition has not been an easy one. Make no mistake – it’s not like I just woke up one morning, changed everything, and lived happily ever after. I hear from a lot of designers who just aren’t ready to let go of development tasks, even though they hate them. Many of them aren’t charging enough to outsource dev work. Some of them are still trying to be a one-stop shop like I was before. And that’s okay – those designers aren’t my ideal “clients” and we can all move on.

All that said, if you want proof that specializing works, here it is: My business made TEN TIMES MORE in 2014 than it did in 2012.

That is not a typo. I am closing out a record year, and it’s because I now do two things and do them very well, instead of doing 30 things halfway. That’s the secret I spent so much time trying to find, and the secret that people now contact me trying to find.

But what if I love doing ALL THE THINGS?

Don’t lie to yourself. You know darn well there are certain things you absolutely dread – those tasks you put off until the last possible minute, the emails you ignore until the very end of the day, or the times you feel literally sick to your stomach knowing you have to [insert task here].

I spent a lot of time in denial, convincing myself that I enjoyed all the services I provided equally. The truth is, what I really enjoyed was remaining self-employed and knowing my bills were paid, and I didn’t want to risk losing either of those things. But that didn’t mean I couldn’t find a different way to get to the same place.

Whether you own a business, want to own a business, or are thinking about starting one, do yourself a favor – sit down and figure out how you’ll specialize right now. You can cut out the awkward infancy stage of your business and cut right to the (also awkward) teenage years, plus you’ll do it with more money in your pocket.