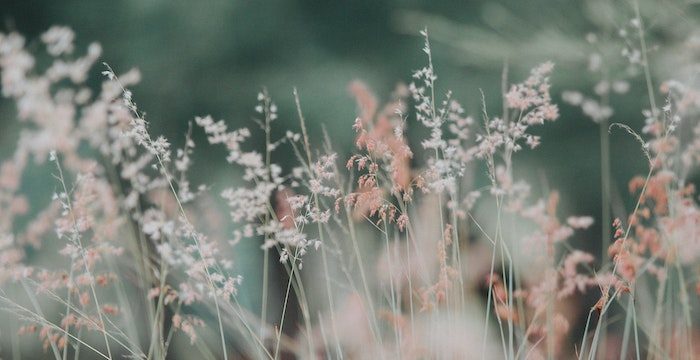 Our legacy is how we spend our time and who we spend it with.

For the past couple of years, I’ve done all the grocery shopping for Scott’s grandmother, Marlene, who is 91 years old and still surprisingly independent (though she no longer drives, much to the benefit of literally everyone on the road).

When Scott’s grandfather, Shelby, died in 2018, Marlene quickly lost interest in going places. After just shy of 70 years of marriage, every possible place she could go is attached to at least a few memories, which are now just painful reminders of the life pancreatic cancer snatched away from her. She prefers to stay home and wait for her turn to die. So I pick up items from the ever-shrinking list of foods she’ll eat and deliver them a few times a month.

(Yes, that’s extremely depressing, but it’s her reality. Personally, I think anyone who makes it past 90 has the right to be kind of over it, especially once their spouse is gone.)

Marlene has been part of my life for nearly 24 years. Many of my favorite recipes are adaptions of hers (a nicer way of saying “poor attempts at”), and her house is nearly as familiar to me as my own. When our son, Jayden, was small and Marlene and Shelby were slightly less elderly, they took him fishing on their pontoon every Saturday morning. How many people can say they spent that kind of time with their great-grandparents growing up?

Marlene’s also every bit as religious and set in her ways as you’d imagine a southern woman in her 90s to be, which means I carefully cover my (many) tattoos before every grocery delivery so as not to cause the stroke I know would follow if she found out I had them. She may be ready to leave this world, but doesn’t mean I’m emotionally prepared to be the one to send her on the journey!

As much as we want to keep Marlene (and our other two remaining grandparents) here forever, we are well aware there can’t be too much time left. I’d say it’s pretty unusual to have living grandparents when you are old enough to be a grandparent yourself, and we definitely consider ourselves lucky to have had the extra time.

A glimpse of special needs parenthood

Speaking of extra time, we are also living the reality of raising a child (now an adult, though it’s hard for me to think of him that way) who will never live on his own. While Jay is capable of a lot and has a number of gifts, he also has quite a few challenges, many of which aren’t readily apparent unless you know him well. He has now reached an age where most of his friends from school are graduating college, starting careers, and getting married, but he’s just counting down until the next time his friends are online to play Dungeons & Dragons.

We love our son and things are fine, but it’s a little strange sometimes to realize we will be actively parenting for the rest of our lives. That there will be no empty nest, no moment when he becomes truly independent, no transition period. I couldn’t tell you the last time Scott and I were alone in our home because it so rarely happens.

Plenty of people have opinions about Jay’s life and living situation that are well-meaning but uninformed, and they love to share those opinions with us. (Please, miss me AND all other parents of special needs kids with your suggestions unless we ask for them.) I try very hard to smile and continue on my merry way, but sometimes I feel like grabbing these people by the collar and asking them if they have any clue what my life is like.

Here are a few things parents of special needs children deal with but never talk about.

Your life becomes an unending stream of grief.

I don’t mean that the way it probably sounds. It’s not like we sit around crying because Jayden has a disability. We could be dealing with something SO MUCH WORSE than autism, so we try to be grateful.

But raising him has required us to let go of every single hope and expectation we ever had for him, which are things most people don’t even realize they have, or that they can lose. And while no single one of those losses is too great to cope with, throwing new ones onto the pile continuously means you never have a chance to heal before you start the cycle again.

When you have a baby, even if you don’t do it consciously, you form expectations pretty much the instant you see him/her for the first time. For example, you expect your child to go to school, grow up, (hopefully) go to college, get a job, get married and start a family… You know, the “normal” stuff most of us do to fill our years.

Well, we didn’t get any of that. Jay did go to school, but it was a struggle for him on levels I’ll probably never be able to understand. We finally pulled him out of regular school in 10th grade to finish online (which was not as common then as it has become post-COVID), then later pulled him out of online school to study for his GED.

As two fairly smart people who value education, Scott and I had a horrible time making those decisions. It’s amazing how hard it is to do what you know is the right thing for your specific child when it’s the opposite of what everyone else is doing. And you really do grieve it like a death – this absence of some intangible thing you never really even knew you wanted.

You hope you’ll outlive your child.

People always say there’s nothing more horrible than losing a child, and while I haven’t experienced it, I can easily see how it would be true. Yet my only real hope in life, as twisted as it sounds, is that someday (hopefully a loooooong time from now) we’ll find out.

That’s hard to type or imagine publishing for other people to read. It makes me sound like a monster. But it’s also the truth, because the alternative is too terrifying to consider. If we die in a plane crash next week, my parents are still relatively young and I know they’d step in and figure it out. What happens, though, if we die after my parents are gone?

For various reasons, including a fear of other possible surprises lurking in our combined gene pools, Scott and I never had more kids. Even if we did, we would never expect them to take on a responsibility that wasn’t theirs. Still, if Jay did have a sibling or two, at least we’d know they could make the right phone calls and find a living situation that would work for him long term.

With no siblings as an option, we walk around every day just hoping we live longer than he does. I mean, it’s not that we aren’t trying to figure something out, but he has been on a waiting list for supported housing for five years, and it could be another decade or more before we get a call. I won’t even let myself think about what would happen if he got a placement and it didn’t work out for whatever reason.

With any luck we’ll live long enough to get everything figured out and be able to die knowing he is settled and happy. Until then, though, this issue plagues my thoughts and haunts my nightmares, and it’s exhausting.

Your grief extends to your own life as well.

Just when we thought we had enough to deal with, we reached the age where some of our friends are becoming grandparents. I can’t really explain why we were shocked to realize we will never have grandkids of our own, but I guess it snuck up behind us while we were busy mourning some smaller loss.

I haven’t even turned 40 yet, so it’s not like I’m even remotely ready to be a grandmother. I’m having enough trouble coping with the fact that I no longer get mistaken for a teenager! The idea of never having grandkids is totally different, though, and I feel a little stab in my soul every time I let myself think about it.

Jay has no desire to get married (or to have a romantic relationship at all, for that matter) and is not bothered in the least to think that he’ll never have any kids. And I totally respect his right to make that decision – not everyone can, should, or wants to become a parent, and there isn’t a thing wrong with that. So this isn’t one of those situations where I think he’s missing out on some vital part of life and he’ll never be as happy as he could be, because I know he’s just fine.

No, this little stockpile of grief exists purely for Scott and me. I try not to make a habit of dwelling on things I can’t control, but MAN this one is hard to ignore.

How do you leave a legacy when there’s no one to leave it for?

This is what all my ruminating boils down to. What kind of life do you choose to live when you know there’s nobody watching?

Yes, we have Jay, but he’s mostly past the age of learning how to exist in the world based on the things we say and do. I’m not saying there’s nothing left for him to learn; only that his personality is pretty well formed at this age and he’s not quite the empty vessel he was as a toddler.

We are extremely lucky that he somehow picked up on our intentions even when our actions didn’t really measure up, and he has genuinely turned out to be a good, kind human being with a heart of gold. Seriously, I couldn’t ask for a better kid, and it’s definitely not because I was so perfect as a mother.

Usually people get a kind of “do over” when their grandkids are born. They’ve had time to look back and see all the mistakes they made with their own kids, and they now have new babies/kids to love, with the benefits of more wisdom, more patience, and less stress. They get to do all the things I’ve watched Marlene do for nearly a quarter century – taking the grandkids fishing, passing along recipes, doling out life advice… all things I just assumed I’d do one day as well.

We will get none of those experiences, and while my rational brain understands the futility of being upset about it, the purely emotional side of me wants to flop onto the floor and throw a tantrum.

Unless something truly unexpected happens, Scott and I won’t have grandparents or parents or any other older relatives to look to for guidance 30 years from now (assuming we’re still alive ourselves). We also won’t have grandkids looking up to us and absorbing every word coming out of our mouths, and by that point even Jay will be eligible for AARP.

Who will we be? Will anyone other than Jayden remember us after we’re dead? Who’s going to delivery MY groceries when I’m too old to drive? Will anything we’ve done in this life matter?

I have no answers. I just know these are considerations and worries I don’t want to ignore as we continue hurtling toward old age, because the one thing I can count on is getting there far faster than expected.